How to Show Interest in Asian Women 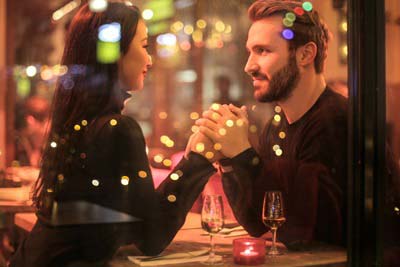 Don’t hesitate to let an Asian woman know that you’re interested in her.

Many men find themselves wanting to date Asian women. A fair number of these men try to achieve this goal by going on some kind of Asian dating app so as to find a woman to date. But some people aren’t all that great when it comes to romantic matters.

Some people, on the other hand, are great at indicating their romantic interest in a person. Sometimes, it seems as if some people are simply born with a natural ability to show interest in someone and they can do it well.

But there are others who do not know how to indicate that they are interested in someone. There are some older Asian dating customs that may make showing too much interest unnecessary, but showing some interest will be absolutely vital. After all, a woman is going to want to feel like her date really wants to be with her.

Luckily, there are a lot of ways to show an Asian woman that you are interested in her in a romantic sense. Here are some helpful tips:

1. Send Some Gifts Or Flowers

In a lot of cultures, it is not entirely unusual for a man to present the object of his affection with gifts. So a man who is interested in an Asian female may be pretty well served sending some kind of token of affection.

Some guys like to go a little harder than most and send the objects of their affection extravagant gifts like jewelry and high-end devices. They may or may not have money to burn, but they’re sending the nice gifts anyway.

But extravagance is not necessary. One of the most common things that men get women is a bouquet of flowers and while those are not free, they don’t normally cost as much as a necklace or a pair of earrings.

A great way to get Asian girls to understand that you are totally into them is to make plans, and this is also a pretty great way to gauge their interest in you. See, dating is an investment in time. Even if there is no second date, going on a date at all is a pretty significant investment in terms of time and effort because getting ready for a date is not easy - especially for a woman.

If you ask a woman to go out with you at some point in the future, it can be a pretty great way to show that you want to spend more time with her, simply because you are romantically interested in her.

If she agrees to the plans that you propose, then it can be a great indicator that she’s also interested in you. So making plans can be pretty helpful for moving the relationship forward.

3. Learn About Her Culture

The culture and the resulting cultural heritage that comes with it is something that a lot of Asian women hold close to their hearts. Their culture and the heritage attached to it is very important to them, so it might be something you should learn about.

Learning about a person’s culture can be as easy as looking at some trivial facts on the internet and then memorizing them. But doing a deeper dive than that can be indicative of interest that goes beyond the surface level.

Now, as important as a person’s culture generally is to them, it is not the entirety of their existence. There is generally more to a person than their culture. It is an important facet of them, but it is just one facet, and there’s more than likely to be a few more facets to them because people tend to be pretty multifaceted and have multitudes of preferences.

Essentially, if you have some questions about a person, you should go ahead and ask them because you want to show that you want to get to know them better. Just make sure that the questions are not too personal or invasive, especially not in the early stages of the relationship.

Questions that are too personal or feel invasive in the beginning of a courtship can derail the entirety of the courtship, and it may not matter how much interest you show. In fact, showing too much interest after invasive questioning can come across as a bit off-putting.

This is why exercising proper judgment as to what is appropriate to ask and what is not is going to be of utmost importance.

There are a fair number of ways to show someone that you’re interested in them. Some of them may end up working a little better than others at displaying said interest, and it may seem almost tedious at times. But it is an important part of dating Asian women.

Newest, beautiful, single women now added for week of Wednesday, 7 December, 2022 - Tuesday, 13 December, 2022
You have to meet the women to marry them! What other international dating site offers you numerous opportunities to do that?