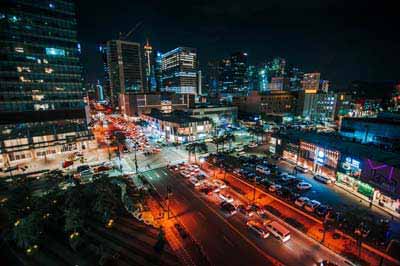 Understanding Filipino culture can help make being with a Filipina easier.

If you are among the considerable number of men who wish to understand first hand what it’s like dating a Filipina, you might as well learn some interesting facts about Filipino culture first.

Regardless of how long you’ve been living in the Philippines, Filipino culture comes with certain quirks on which most guides never expound or tell you about.

This may lead to a culture shock for any man who is dating a Filipina.

There are so many things that Filipinos do differently from Westerners and this lack of understanding might cause friction in a relationship and undermine it entirely.

Even though having a relationship with a foreigner is no longer seen as something unfamiliar or new, there is indeed much to learn from the Filipino way of life.

You don’t have to be quite the expert when it comes to the country’s history and traditions, but being familiar with some of the little quirks that are considered native to the Filipino people may give you a good headstart in your pursuit to learn more about their interesting culture.

Such cultural considerations can also serve as a guide for you during your travel to this famous tropical nation.

One thing that’s extremely essential in the Philippines compared to a lot of places in the West is road safety.

Tourists and foreigners are surprised to see how some Filipino drivers regard traffic rules with a certain amount of bemusement.

Unless an enforcer is present, Filipinos tend to ignore basic traffic rules and regulations, so long as they can get to where they need to be.

Most Filipino drivers who are in on this immodest behavior fall prey to it because of the heavy traffic in the Philippines. Thus, many have developed their own method of road safety just so they can get out of any traffic jam they find themselves in.

So if you find yourself on any highway or road within the Philippines, it’s best to be extra cautious because there might be some drivers who probably won’t concern themselves with anyone who isn’t being careful.

Although not an encouraging thing to hear about what to expect when visiting the Philippines, it certainly is among the many realities of Filipino culture.

You may already have a good idea about the Philippines being a tropical country.

Known to only have the dry and wet seasons, what most people don’t say is how both are basically just summer.

The dry season is a traditional summer, while the actual summer is simply a hotter version. The wet season is still summer, with a few occasional rains.

Jeepneys aren’t exactly comfortable. There’s not a lot of room inside one so people who are over five-foot-eight may have to crane their necks to avoid hitting their head on the ceiling.

These vehicles are also tightly packed most of the time, especially during rush hour. While there are laws that strictly forbid ferrying more than a certain number of passengers that a single jeepney can carry, the actual enforcement of these laws can be a hit or miss.

Because Filipinos have a noted sweet tooth, there are a fair amount of savory dishes you can find in any Filipino restaurant or household.

Even spaghetti is made a little sweeter in the Philippines. As such, anyone who wants to wine and dine with a Filipina will have to prepare their taste buds for sweet delicacies and desserts.

What almost every local in the country refers to as Filipino time is the concept of being an hour late.

Hence, dating a Filipina will mean having to get used to her showing up late to your dates every now and then. You’ll basically have to deal with this cultural contempt for being right on time.

Filipino culture sure has its ups and downs. It can be challenging for someone who didn’t grow up immersed in it. But if you think that you can meet this challenge, then you won’t have a hard time getting used to what Filipinos do on a daily basis, especially if you plan to live among them for a certain amount of time.

Newest, beautiful, single women now added for week of Wednesday, 23 November, 2022 - Tuesday, 29 November, 2022
You have to meet the women to marry them! What other international dating site offers you numerous opportunities to do that?