Why Watching Rom Coms Is Great When Dating a Filipina 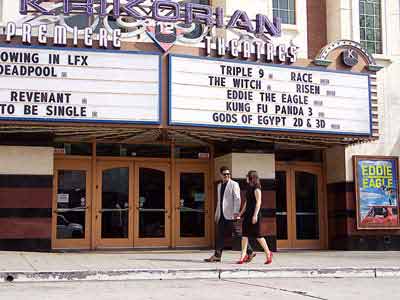 When dating a Filipina, never disregard the option of going out together to see a romantic comedy.

People go to the movies all the time. Filipinos in particular love heading to the cinema to catch the latest films. Part of this comes from the mall rat culture in the Philippines. Also, Filipinas simply want to be entertained.

When picking a movie, it would be best to go for a genre that ensures you both have a great time. And what better genre than a romantic comedy?

There’s a lot of good reasons for picking a romantic comedy over action and horror flicks too. Your lovely Filipina date can look forward to having a good time together in the theater!

Romantic comedies are easy to digest. The characters, more often than not, are typical cookie cutters and made straight out from familiar templates. This usually includes a plucky female heroine who’s attractive in a relatable way. The male lead is kind of a snarky jerk but has a heart of gold, and whatnot.

The plots also aren’t all that complicated. Two people are attracted to each other. A few shenanigans here and there. The couple may engage in a slow dance and an almost kiss. These situations occur until they kiss at the end and a famous, lively pop song plays over the credits.

Because of how uncomplicated these movies are, they don’t require much in the way of critical thinking. The heroine spends her day engaging in romantic hi-jinks and still makes enough money to have an apartment. The male engages in reckless behavior that should result in injury.

These can be ingested and forgotten about. In that sense, these films are the cinematic equivalent of comfort food. It’s basically the movie version of fried chicken, mashed potatoes, and macaroni and cheese.

If you want to win over a Filipina, simply watch a typical rom com with her.

The Filipino people sure do love their romance. Local films, more often than not, are romantic and will likely be of the comedic variety.

Love for romantic comedies is so ingrained in modern Filipino culture that actors and actresses will team up often, sometimes exclusively. The only real distinction between their various film projects being the names of their characters.

It’s almost a guarantee that one character will be rich enough to have a private jet. This typically means that the other will be so poor that they’ve never even been on a plane.

While the formula may be stale, it’s still considered a vital component of movies that most Filipinas enjoy watching.

Going out to see a movie is a major dating staple. There’s no doubt that a Filipino woman would love romantic nights out at the local theater.

If nothing else, seeing a movie at least offers the option of movie theater snacks. Filipinos do not mess around when it comes to snacking. Plain buttered popcorn is available, but almost no one gets their popcorn plain. It’s almost always flavored with cheese, barbecue, or sour cream.

Romantic comedies, as formulaic and cheesy as they are, are often very effective in making people feel things. When it comes to giving goosebumps of the romantic sort, nothing can pull it off quite like a good rom com.

Watching a romantic comedy doesn’t even have to be in a theater. Streaming services are available all over the world and many of them will have a curated selection of romantic comedies. Look forward to the giddy feeling your Filipina date will have once you’ve finished watching a rom com together. That’s how effective it really is.

All things considered, dating a Filipina will mean having to entertain her every now and then. Simply watch a romantic comedy at the nearest theater or on a streaming service. Either way, you and your Filipina date are sure to have a delightful time!