FIND AND DATE WOMEN OF PHILIPPINES

Dating Filipinas Offline in the Philippines 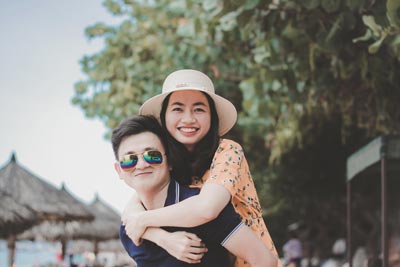 Finding a potential partner can be made easier when you know what you’re doing. Photo by Hoàng Chương from Pexels

Dating Filipinas is something that men all over the world want to do and to that end, many of them sign up for mobile dating apps in order to land themselves a lady from the Philippines as their wife.

There are a fair number of reasons as to why western men want to date Filipina women. There’s a certain stereotype with Filipina women, and with Asian women in general, that they are docile and more willing to let their husbands take the lead in relationships.

Some men want that type of relationship because it makes them feel a little more powerful. Some men want to feel like they are taking charge and that they are exerting some kind of control over their lives.

There are people out there who want a relationship that they see as more traditional but modern mores and norms have made such relationships less viable; so finding love can be difficult for men who live in countries where women are a little more liberated. Even the best dating apps for relationships can’t seem to help them.

So many of the men who want a relationship that’s a little more old-school have a hard time when it comes to trying to find a potential partner.

Of course, there is one thing that many of these men forget about when it comes to dating women from such countries and that’s that these women have likes and dislikes of their own and have their own preferences when it comes to a partner.

So men who want to go about dating Filipinas would do well to actually date them if they want to be in satisfying relationships. To help you fare better with Filipino women, it wouldn’t hurt to do the following:

Newest, beautiful, single women now added for week of Wednesday, 12 January, 2022 - Tuesday, 18 January, 2022
You have to meet the women to marry them! We have group singles tours departing nearly every month!