Red Flags That Turn Off Filipinas 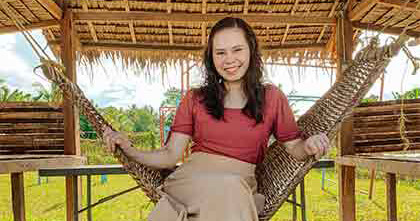 Understand which red flags are unappealing towards Filipinas.

In the Philippines, dating foreigners is not an entirely new concept. Lots of foreign men find themselves wanting to date Filipinas. However, there are some things that some of these Westerners do that completely kill their chances with the women that they date before a relationship can even get started.

A lot of the time when this happens, it’s because these men have done something to offend a Filipina’s sensibilities. Sometimes, it’s because the men are just like that, but other times, it doesn’t come from a place of boorishness, but rather one of cultural ignorance. Sometimes, a guy just doesn’t know that he’s offending someone because he doesn’t know that his behavior is offensive.

But that’s the reality of trying to date Filipino singles. It’s not as if you can go on a Filipino dating app and know everything there is to know about Filipino people. As westernized as the Philippines is, there are still some cultural nuances that a lot of outsiders who didn’t grow up in the country miss out on when meeting a Filipino they connected with on a random dating site.

Filipinos have their own distinct culture and not all of their cultural quirks can be found on books or websites. These are things that a lot of outsiders aren’t going to know about unless they become intimately familiar with the culture themselves or they hear about it first hand from someone who is, like a local.

But ideally, they learn about these quirks before they meet someone, because learning about them afterwards might be too little, too late, especially for a guy who just wants to date Filipinas without triggering any of their turn offs.

Luckily, there are a few obvious and not so obvious red flags that a guy can recognize in himself and in his behavior so he doesn’t end up waving those red flags when seeing Filipino ladies that he may be interested in dating.

But one thing that needs to be understood about Filipinos is that they are, by and large, very devout Catholics, at least on a surface level. Religion, whether they truly believe it or not, is a huge part not just of their daily life, but also of their national identity. Disparaging religion is a great way to turn them off because Catholicism is so rooted in their national identity that to disparage religion would be akin to disparaging their country, which is not something that Filipinos tend to look upon with fondness.

There are a lot of dating sites that are in the business of connecting singles with one another. But the connection between these singles isn’t always a guarantee. When such a connection does happen, sometimes half of the connection wants to get a little affectionate and they want to display that affection for all the world to see.

But the thing about Filipinos is that they’re pretty conservative when it comes to their public displays of affection. So pushing to display that affection publicly is going to be something that some Filipina women will not be appreciative of.

If you do manage to get with a Filipina lady, then it may be in your best interest to not be super pushy when it comes to physical affection, or at least the public displays of it. It’s best to be considerate when meeting Filipino ladies.

Filipino people are chatty. A lot of them will deny this, but they can also be really nosey and gossipy. So being taciturn and reluctant to talk will not get you very far when you are with Filipina ladies.

If you are with Filipinas, then it would be good to open up and start talking because these ladies are going to want to get to know more about you. Connecting singles can mean a bit of jabbering.

Having your options open is a good thing. It’s not a bad idea to have a backup ready just in case something goes wrong with the primary. The thing is that when it comes to dating, the primary may be offended if they find out about the backup.

While there are no commitments made and thus no obligation to not have anyone else, it’s still not something that is going to go over well with a lot of women, Filipinas or otherwise. So either hide it well or don’t do it altogether.

Some guys, especially those who might be on the older side, don’t have the time or inclination to date around for fun. They are dating to find a partner and get married as soon as they possibly can.

There’s a lot that goes into dating Filipinas. A different culture means different red flags, which means a different set of rules by which to play. Knowing what those rules are can be the difference between success and failure.

Newest, beautiful, single women now added for week of Wednesday, 30 November, 2022 - Tuesday, 6 December, 2022
You have to meet the women to marry them! What other international dating site offers you numerous opportunities to do that?